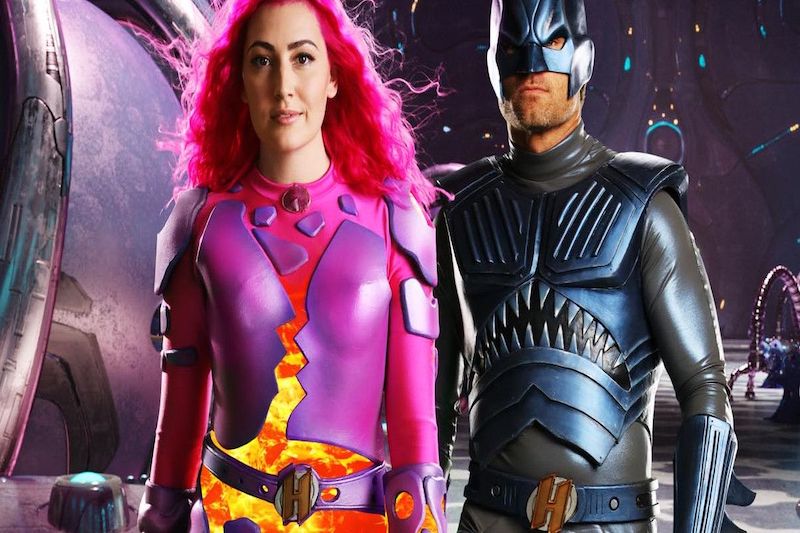 Hi, Carl, and Happy New Year to all of our Hollywood 360 listeners out there. Here’s a movie that is streaming now on Netflix, “We Can Be Heroes.”

It is written and directed by the talented Robert Rodriguez, who has marked his place among family superhero films with his signature “Spy Kids,” bringing four to date. “We Can Be Heroes” is the sequel to “The Adventures of Sharkboy and Lavagirl,” which was released in (2005).

The film stars Priyanka Chopra, one of Bollywood’s most prominent actresses,

Haley Reinhart, Pedro Pascal, of the Mandalorian series and Christian Slater. During an alien invasion, all of earth’s superheroes are abducted, leaving their children (including Sharkboy and Lavagirl’s daughter “Guppy”) to save their parents and defend the world.

Clip: As the children of superheroes, you are all in danger. My mommy is Lavagirl, and my daddy is Sharkboy. Our heroes have been captured by alien intruders.

Expanding the back-story, we meet Miracle Guy Boyd Holbrook; a Superman inspired character and other grown-up heroes that battle tentacled aliens who try and take over the world. Marcus Moreno Pedro Pascal has promised his daughter Missy, YaYa Gosselin, that he will retire from his superhero job and not fight. Will he fight to save the world? Do the superhero kids end up helping? These questions and more are answered in the one-hour forty-minute runtime.

I’m all in 3 stars out of 4; the movie is great family fun for all, with dazzling special effects and non-stop action. The superhero kids do work together to fight the aliens, as humor is sprinkled in the narrative. The back-and-forth banter between the kids feels ‘on the nose’ as we are privy to their inner thoughts. The addition of a hero in a wheel-chair, Andy Walken, who plays ‘Wheels,’ is an excellent move as it shows kids that your brain power can be just as important as your physical abilities.