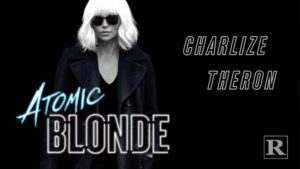 Charlize Theron stars as a British M-6 agent in the 80s who is dispatched to Berlin to receive her new assignment. She’s informed that a fellow agent in Berlin was killed and it is believed he had a file with the secret identities of the British spy network around the world. Her task is to recover the List and assassinate Satchel, a double agent who has sold intelligence to the Soviets for years and who also betrayed Gascoigne.

Bottom Line: Atomic Blonde is an entertaining summer film that spotlights Charlize Theron’s remarkable acting as an action star. The highlight of the film is the choreography and filing techniques.