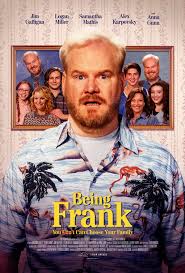 Jim Gaffigan stars as Frank who is living a lie, he has two separate families, that each don’t know about the other…until his High School senior son Phillip (Logan Miller) finds out. Talk about a crazy scenario, he has two wives, two sons and two daughters. The director is Miranda Bailey. I did like the film as I feel it has a good messages for kids and teens. “Being Frank” aired on Hollywood 360 Radio Network on 80 stations in Hour 1 of the 4 Hour Show. Please check the Hollywood 360 Website for the Radio Podcast.