Craft breweries have seemed to pop up out of nowhere in recent years; case in point, an abandoned church, dating back to the Civil War in New Buffalo, Michigan, is now home of Beer Church Brewery, where you can enjoy the beer’ small-batch.’ We were among the first patrons during its soft opening in 2018; while still under construction, beer was served out of styrofoam coolers while patrons sat in pews and make-shift picnic tables. The eats served consisted of peanuts in cups. Fast forward to 2021; the brewery has become a destination, serving piping hot Pizza Napoletana in their beautiful beer garden or inside, boasting beautiful stained glass windows and high arched ceilings.

“Brewmance” is a documentary about the love of craft beers, the history of homebrewers in America that has made us the leader in home brewing, how to make craft beer, and so much more. Director Christo Brock, a filmmaker, living in Long Beach, California, told me in an interview that there are over 7,000 breweries in this country. In my interview with Brock, I asked him to explain the definition of craft beer. He answered, “Craft beer is a beer that a corporation has not brewed. Now I’ve got to tread lightly on this, but the Craft Brewers Association has a strict definition about this. Usually, something has to be brewed from all-malt, all-natural ingredients. It has to be independently owned, in other words, people who just decided, “You know what, I like making beer, and I’m going to start a little business” and really that’s kind of the heart and soul of craft brewers.

We see how the craft brew industry got going in the 70s thanks to Fritz Maytag, who began in San Francisco with Anchor Steam beer. His determination and hard work are a testament to what it takes to be successful in the art of brewing indeed. Brock captured him on film, adding to the historical beginnings of brew making—which by the way, was this reviewer’s first craft beer in 1994. As Brock told me, “Anchor Steam was my first craft beer as well, and I’ll venture to say it was many peoples.”

Following two homebrewer businesses from start to finish, “Brewmance” gives us a birds-eye view of what is involved in creating an independent brewery business. It’s a hands-on, roll-up your sleeves culture—one that requires hard work, camaraderie, and a love of the process. Brock became inspired to write a documentary film after attending meetings of the Long Beach Homebrewers. He met two homebrewers who are the main subjects of his film and followed them from start to finish to complete their dream of operating a brewery. Former “Reel Big Fish” trombonist Dan Regan of Liberation Brewing Co, 3630 Atlantic Ave, Long Beach, CA, and Jesse Sundstrom and his father Dan, co-owner of Ten Mile Brewing, 1136 E Willow St, Signal Hill, CA, show us the process of transitioning homebrew to a large-scale operation.

Who knew that beer consists of only four ingredients (barley, hops, water, yeast)? Adding additional ingredients and techniques gives each craft beer its unique flavor and, in most cases, its personality. An important factor is replicating a small batch to a large community batch; this process can be very tricky. Lastly, starting a brewery is very expensive in terms of finding a space large enough to house the enormous beer vats and serving patrons. I have an entirely different outlook on craft beer due to screening “Brewmance” and an appreciation of the heart that goes into creating the sudsy drink. My interest is piqued with flavors such as Chocolate Peanut Butter Stout, French Toast Beer, and Creme Brulee Milk Stout. 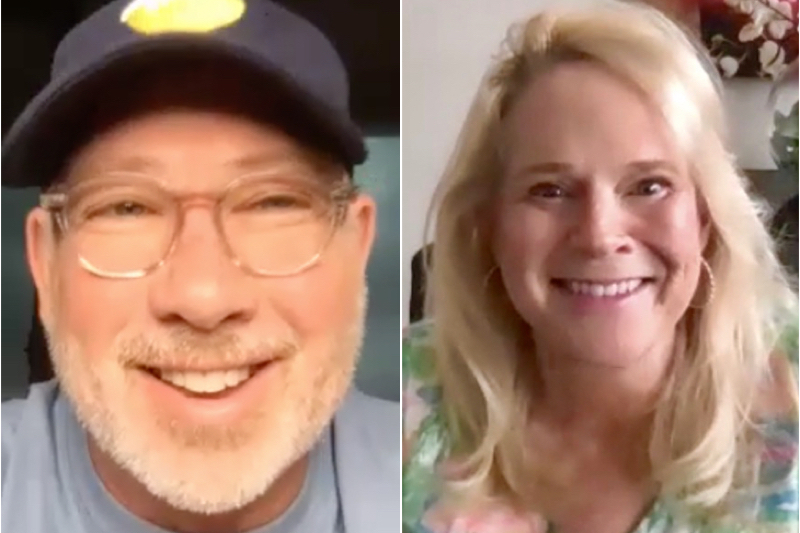 And what about that title “Brewmance?” Brock told me, “Brewmance “plays off the idea of romance and bromance. Brewmance is very encompassing where it also includes women because there’s a lot of wonderful women in the world of craft beer. But I think people who make beers love the process; they love making new tastes. There’s a love affair that goes on with something they’ve just created and that they’re going to share with people. Some people love the idea of exploring and coming up with new flavors.”

The Bottom-line: I’m way in 3 and ½ stars out of 4. Here’s a well-written and researched look at home brewing with just the right amount of humor, anchored by serious moments. I enjoyed the music of the band Real Big Fish throughout the film.

* History of Beer Church Brewery as written on their website: A Civil War era iconic church at the crossroads of downtown New Buffalo, Michigan. A brief role as an improvised armory during a time of need. What better bones upon which to build a brewery? We saved it from knockdown and buildup of who-knows-what franchise because it’s a beautiful place for you to have a beautiful beer – and Pizza Napoletana.