Attending the 74th Cannes Film Festival as an accredited member of the press of which also happens to be my inaugural year, has been, superlatively, the pinnacle of my entertainment journalism career. Having attended esteemed film festivals such as the Toronto International Film Festival, which typically accepts 1,700 journalists—Cannes typically accepts 4,000. To experience drop-dead gorgeous fashions on the massive Cannes Red Carpet, along with the viewing of films and the Awards Ceremony in the colossal red velvet Palais movie theater— while hearing the roaring applause of a live audience garnered an authenticity one cannot replicate from afar.

Securing flights, working around family schedules did have their challenges, and the fact that the world is amid a pandemic—some may not know that the festival in 2020 did not occur. For myself having been vaccinated, attaining entrance to France was attainable, although to attend film screenings and press events, a covid test was required every 48 hours; in all honesty, I first thought this was a significant annoyance, although after sitting in a ‘packed to the gills’ movie theater with no social distancing among masked critics—I felt relieved and reassured that all persons had tested negative as myself.

Film offerings were accessible by securing tickets on the press website and checking in with the press box office in the Palais Des Festivals if you had a direct inquiry. I found the process stress-free to navigate, although the theaters were spread out across Cannes, and one, in particular, required a 45-minute bus ride out of Cannes. Timing is essential when planning a film schedule, and theater location is a major factor in selections. Speaking of choices, wow, the abundant line-up offerings provided many varied genres—this critic was ecstatic. It’s always thrilling to be able to choose between so many brilliant offerings.

Of the films I screened, “Annette,” the opening night film by director Leos Carax with film stars Adam Driver and Marie Cotillard, was my favorite—Carax also won the Best Director award. Ron Mael and Russell Mael of the music duo Sparks served as screenplay writers along with the original story, music, and songs by the band. This highly creative musical, along with superb cinematography, tells a tale of love and deception. Outstanding performances by both Cotillard and Driver are notable.

“Casablanca Beats” sheds light on women and girls’ issues, poverty, and rebelling against the Taliban’s recruitment. The film is part drama, part rap, directed by Nabil Ayouch. The setting is in the Casablanca neighborhood of Sid Moumen, Morocco.  Proposing rap as an expression of unjust feelings is a method to speak one’s truth sincerely. We view teen’s self-confidence soar as well through their progression. Utilizing the words, “you have to change it because you didn’t choose it,” is the heart of the film, along with the challenging circumstances of the Casablanca community. Ayouch cast real-life teens that attend the Casablanca Arts Center to play fictionalized forms of themselves—giving the film an organic feel. By doing so, we as viewers have an honest look into the teens’ thoughts, actions, and circumstances. When a 15-year-old boy begins to cry telling his story of going to bed hungry, one can’t help but emphasize. Indeed, a tug-at-your-heartstrings film.

Shot over two years, one can only imagine the positive emotional impact the experience has bestowed upon the teens—as well as being cathartic in nature. In addition, the film provides a solution to easing circumstances and a positive view of hope for the future. Highlighting Anas (Anas Basbousi, a former rapper who is now a teacher in real life) is brilliant. He is the glue that holds the film together, the inspiration. Filmmakers included a scene from “Dead Poets Society,” including the famous words “Oh captain, my captain.”

Does the film feel forced and amateurish at times, particularly during the song and dance numbers? Yes, although docu-style in tone, all is forgiven, as perfectly choreographed routines would appear false. The Casablanca neighborhood issues are too important to gravitate away from the organic look and feel achieved here. Bravo!

Opening to the tune of NSYNC’s “Bye Bye Bye,” Mikey slithers back to his estranged wife Lexi (Bree Elrod) in need of a shower and a place to crash for the night after he’s been living in LA. Lexi wants nothing to do with him as she’s been down the train wreck road before. Mikey sweet-talks his way back into the house and back into her bed, after all he’s promised to provide for his wife and her mother. Lexi’s mother warns Mikey that he better be faithful to his promise as she doesn’t want her daughter to advertise on Craig’s List again for meet-ups with strangers for cash. Mikey says that won’t happen and begins to look for a job via his only mode of transportation—a kids bike belonging to Lexi named ‘Red Rocket.’ 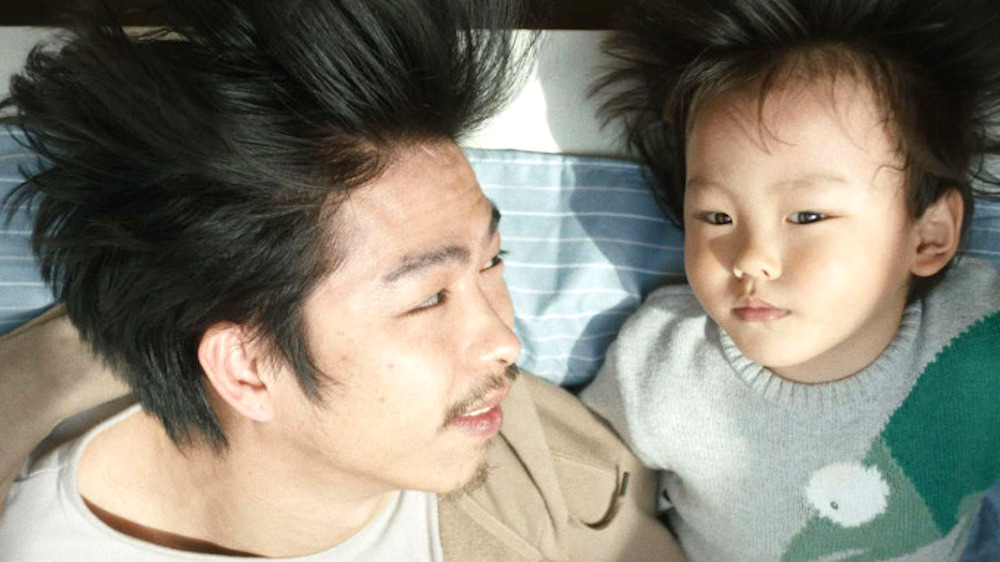 “The Year of the Everlasting Storm” is an anthology film centering on the pandemic by seven acclaimed directors and viewing seven stories from around the world, each with different experiences. However, the similarities were all too familiar. Common themes of isolation, depression, stress, job loss, helplessness, loss of family, and despair are featured. Award-winning directors Jafar Panahi, Anthony Chen, Malik Vitthal, Laura Poitras, Dominga Sotomayor, David Lowery, and Apichatpong Weerasethakul contributed a short film.

The directors were limited to shooting in the location only of the filmmaker’s quarantine. No public places or unique props, the costumes were to be limited to onsite resources. The results were creative while engaging, as all have lived under the same circumstances to a degree.

From iguana’s, families, insects, projects on the horizon, musical harmony, a box of old letters, to bright neon lights—each tells a unique tale. The two-hour film created a compilation of similar conditions, yet each film gives us a unique look through a sharp lens.

The films I was hoping to see that are generating great buzz are “The French Dispatch,” “Titane,” “Blue Bayou,” “Bergman Island,” “Drive My Car,” “Lingui,” “Memoria,” and “New Worlds: The Cradle of a Civilization.” I’m hoping to catch these soon as my time in Cannes was limited.

As I stated in my opening, attending the Cannes Film Festival was such a thrilling and educational experience that I’d be inclined to attend again– an experience that included being interviewed by Chaz Ebert at the Hotel Splendid, adjacent to the Roger Ebert Suite. Please find that interview here: https://bit.ly/Chaz-Ebert-Interviews-Sarah-Knight-Adamson-Cannes-2021

Stay tuned for my final article of the Cannes Film Festival, as it will include a video of my experience and a portion of my interview with Chaz Ebert. Until then, “au revoir.”