Sarah Knight Adamson’s career as a film critic, radio personality and entertainment journalist began in 2007 by writing film articles for a Chicago suburban magazine—in 2008 her radio segment on WINDAM 560 in Chicago was launched. Since that time, she’s written for magazines, online and worked as the Regional Arts and Entertainment columnist for the TribLocal newspaper, the Chicago Tribune subsidiary. Today, as a free-lance writer she is very honored to have her articles appear on RogerEbert.com and to have had the pleasure of interviewing Ebert in 2011. Sarah’s an approved critic for Rotten Tomatoes; you can find her reviews for all three of her press outlets here: Sarah Knight Adamson Rotten Tomatoes Critic.

As a member of the Alliance of Women Film Journalists based in New York; women’s perspectives are brought to the forefront. Her articles and interviews on the AWFJ.org website are here: AWJF-Sarah Knight Adamson Member.

Panel participation comprises the Chicago Public Library; ‘anti-heroes’ in comic books focusing on Michael Chabon’s Pulitzer Prize-winning book, “The Amazing Adventures of Kavalier & Clay,” and she recently served as a panel member of ‘Critical Mass: The Future of Film Criticism’ in April 2018 at the University of IL, at the Ebertfest Film Festival, and “How Do I Build My Brand (and Career) As A Filmmaker?” Memphis Film Prize 2019.

Sarah’s also taught a film criticism class in Chicago at Facets Cinémathèque for children ages 7-17. Her lengthy career (20 years) as a classroom teacher of gifted literature is a perfect match in critiquing children and family films. Her undergraduate degree includes a double major in Preschool and Elementary through Jr. High endorsement. Her coursework contains numerous Child Psychology and Child Development classes. She holds a Master’s Degree in Reading from Northern Illinois University.

Serving on the Executive Board for Variety Children’s Charity of Illinois; the past ten years, (2009-2019) Sarah has hosted the Variety IL fundraising event, the live telecast of the Academy Awards at a local theater. The garnered funds help buy adaptive bicycles and wheelchairs for special needs children.

In 2021, Sarah’s dream of becoming an accredited member of the Academy Awards Press was realized.

Jessica is a Chicago area native who graduated from Indiana University with a Bachelor of Arts in Journalism. While in attendance, Jessica got her start as Entertainment and Fashion anchor at Indiana University’s Student Television (IUSTV) where she covered stories ranging from the latest fashions, beauty trends and current celebrity news. Her editorial work with the San Diego News Network also contributed to her journalistic foundation.

Since joining the Sarah’s Backstage Pass staff in 2008, Jessica has interviewed celebrities from major Hollywood films and reviewed the latest movies live on the internationally syndicated Hollywood 360 Radio Network.

Jessica is honored to be a part of The Chicago Film Critics Association for which she attends screenings and critic events like the Chicago Critics Film Festival and the Chicago International Film Festival. She’s co-hosted the CFCA’s ‘Film With a View Series’ and the annual Academy Award Red Carpet event for Variety Children’s Charity.

Her longtime interest in the entertainment industry inspired Jessica’s background acting in major Hollywood films such as the 2010 remake of, “A Nightmare on Elm Street.” An avid traveler all her life, this Midwestern girl spent a semester abroad in London and has explored continental Europe, Australia and New Zealand. She also covered the Hollywood scene while living in Los Angeles.

Jessica recently got married and is enjoying free time again post-wedding. Jessica and her husband Peter love indulging in the latest movies and TV series and exploring the execeptional restaurant scene in Chicago. They look forward to checking another country (and continent!) off thier travel bucket list when they head to South Africa for their honeymoon in the Spring.

As a graduate from the University of Iowa, Alexi strives to use her Journalism/Mass Communication major, Psychology major, and Art minor to make a lasting impact in the Marketing/Advertising world. She lives in the Chicago area but enjoys traveling to LA and NYC whenever she gets a chance. Alexi has always had a strong passion for celebrities and all things Hollywood.

She is an old soul who has met over 200 celebrities; with Joan Rivers and Betty White as her favorites.

Since joining Sarah’s Backstage Pass in 2013, Alexi has interviewed actors, live-tweeted award shows, attended Red Carpet events and performed background research on various films. Her dream is to attend the Academy Awards one day. Alexi is shown here with Rachel Brosnahan on the Red Carpet after she completed an interview with her in October of 2018. 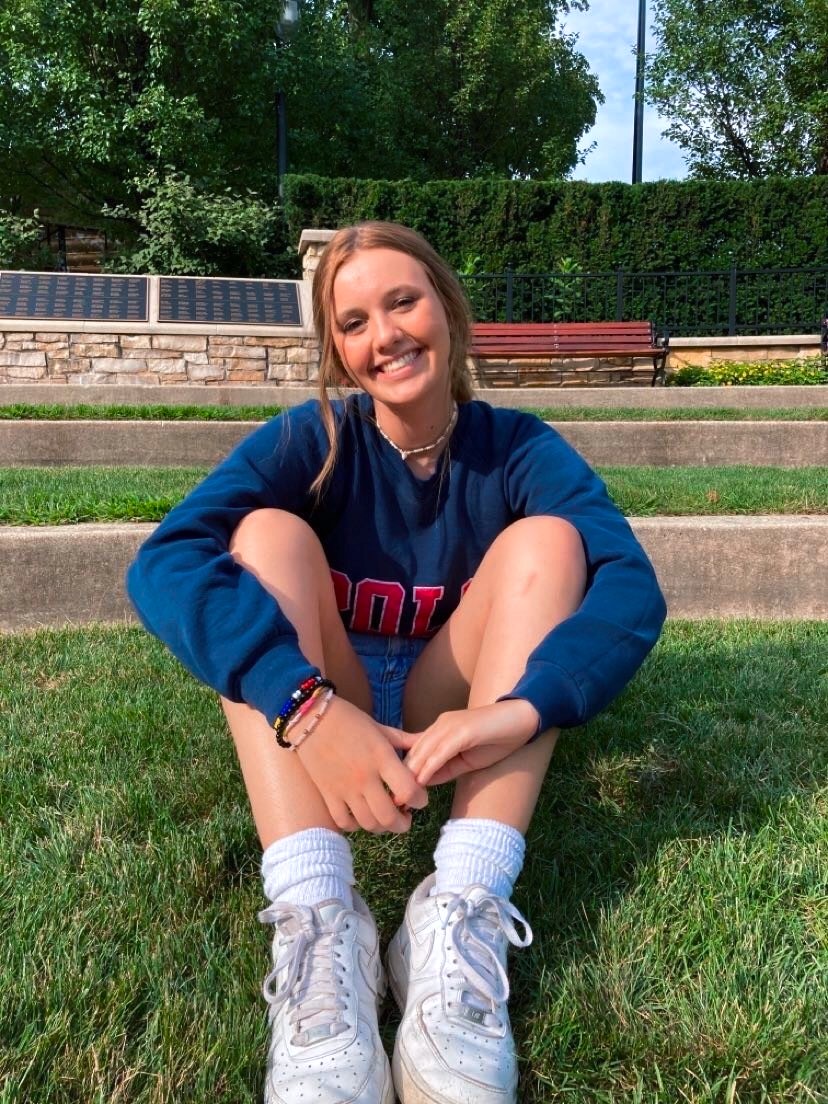 Norah is a current undergrad student at Columbia College in Chicago, pursuing a film and television degree. She plans to use her degree to enter a career in production design to fully display her creative abilities. So far, Norah has aided her classmates in a handful of short film projects and is looking forward to getting more on-set experience as her time at school goes on.
Norah has lived in the suburbs of Chicago her entire life. She plans to enter the film industry in L.A. after she graduates but is open to considering other options. Norah enjoys most film genres but favors horror and animated movies the most. You can find Norah drawing, listening to music, and exploring the city with her friends in her free time.

Norah is beyond excited to be interning at Sarah’s Backstage Pass and looks forward to sharing her creative insights with her team!