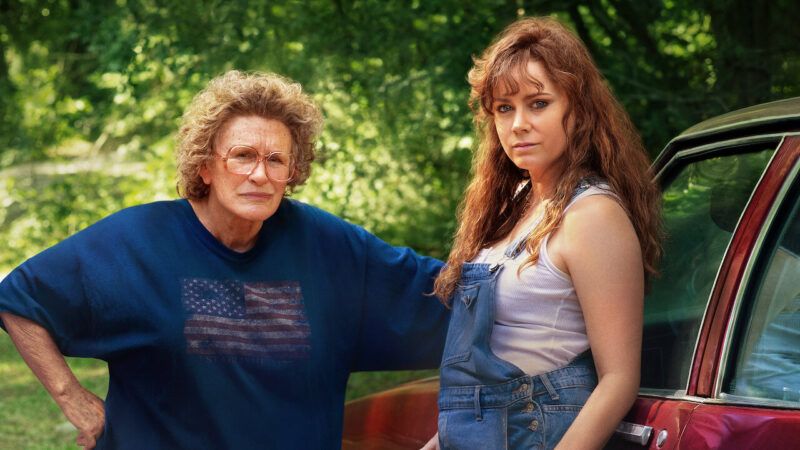 “Hillbilly Elegy” rated R is based the memoir of J. D. Vance. I read the book last year and have been waiting for the movie. It stars Amy Adams as Vance’s mother (Bev) and Glen Close as his Grandmother. We see the hardships of growing up poor, battling addictions, and the scars of verbal and physical abuse.

The backwoods stereotypes of rural Appalachia are reinforced in “Hillbilly Elegy,” contrary to the intended message of the book—that of family and learning from the mistakes of the past. Unfortunately, Oscar-winning director Ron Howard chooses to focus on a narrow portion of Vance’s coming-of-age story resulting in a script that elicits anger rather than sympathy.

J.D. (Gabriel Basso) a Yale law student tries to break free from the poverty and hopelessness that defined his Kentucky childhood. “I came closer than any of them to something better,” he says in voice-over.” His supportive girlfriend, (Frieda Pinto) tries to help, but she can’t stop the memories that flood his mind when his druggy mom calls for help. He’s continually pulled back as his older sister (Haley Bennett) can’t handle the situation alone.

The numerous flashbacks become confusing while the editing suffers. A younger J.D. (Owen Asztalos) tries to navigate Bev’s downward spiral while finding a calming influence in his Mamaw (Glenn Close). Her words are frequently buried beneath insults and regrets from decades of abuse that have defined her family legacy. After all, she did purposely set Papaw on fire one night.

Bottom-line, I’m out, 2 ½ stars out of four. Unfortunately, the narrow script and depressing scenes don’t explain how Vance was able to break the cycle. Yes, he graduated from Yale Law school, but how did he manage to succeed? What was is journey? Who were his mentors?  Look for an Oscar nod for Glen Close. The film is streaming now on Netflix.

This is Sarah Knight Adamson for Sarah’s Backstage Pass.com. Thanks for listening in tonight. I’ll See you next week.

Check out: Hollywood 360 Radio Podcast of the film: https://www.hollywood360radio.com/dolly-partons-christmas-on-the-square-and-hillbilly-elegy-r/