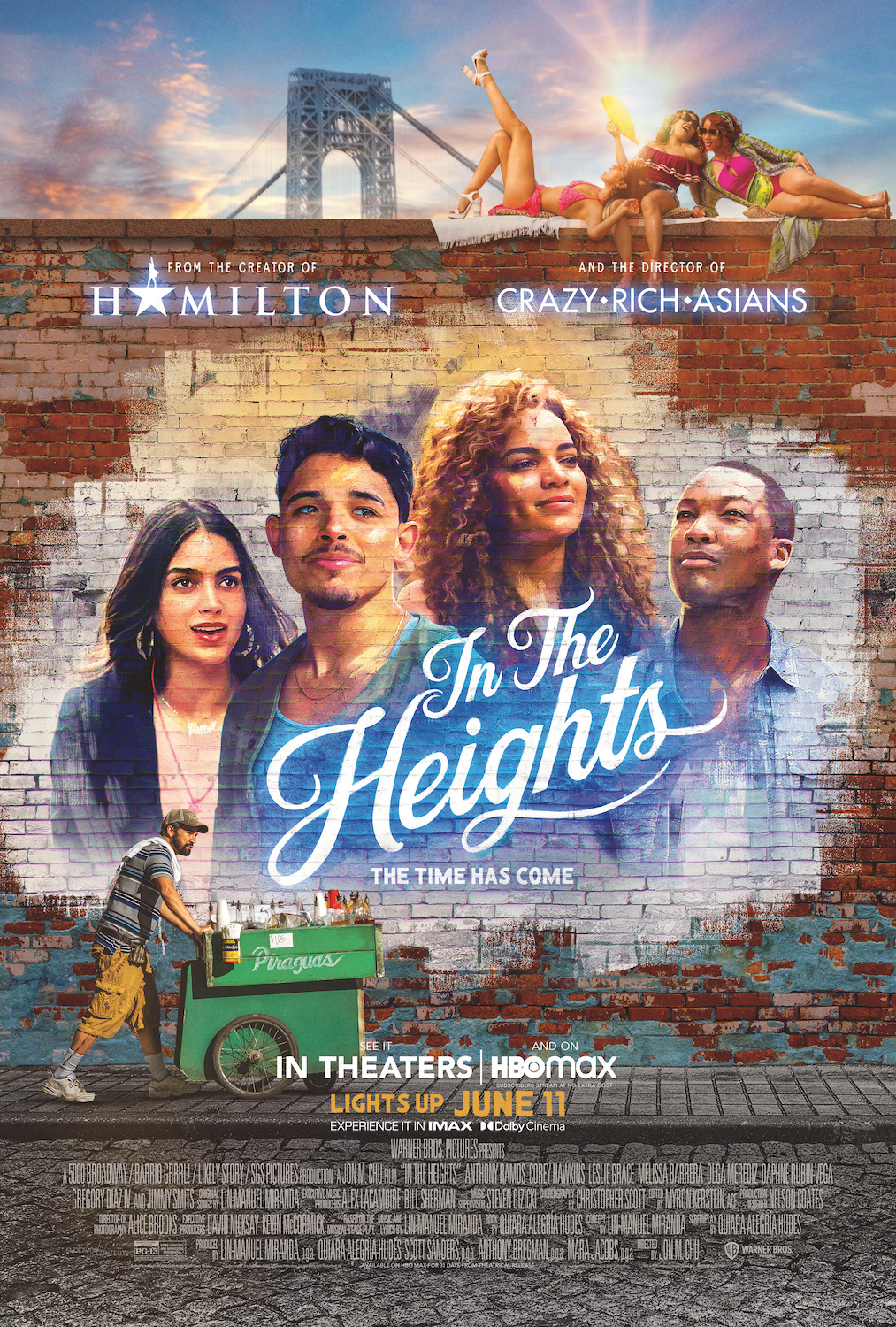 “In the Heights” is a musical rated PG-13; it is the collaboration between “Hamilton’s” Lin-Manuel Miranda’s music and director Jon M. Chu of Crazy Rich Asians’ storytelling. Together the duo plunge into the tale of the “Washington Heights” New York neighborhood.

The screenplay by Quiara Alegría Hudes is based on her book of the same name and New York’s multiple Tony-Award-winning musical stage play. The neighborhood begins at 155th street in northern Manhattan and encompasses almost 40 blocks.

Musical describes the film’s genre that paints a portrait of a community full of lively numbers with a diverse cast. The songs and dances cover a variety of styles—from hip-hop to Latin to pop and musical theater—all representing the everchanging Washington Heights.

Clip: “It’s the story of a block that was disappearing.”

Clip: “I just wanna see the whole world through our eyes.”

The Bottomline: I’m way in 4 stars out of 4, “In the Heights” streaming on HBO Max and in theaters is one of the best movies I’ve seen this year. The musical numbers are powerful, reflecting the hopes and dreams of the neighborhood. The acting, singing, and dancing are over-the-top excitement from start to finish.
Thanks for listening in tonight; this is Sarah Knight Adamson for Sarah’s Backstage Pass.com. I’ll see you next week.