From Stage to the Big Screen: John Lloyd Young is ‘Enjoying the Ride.’

Frankie Valli once said, “You can take the boy out of the neighborhood, but you can’t take the neighborhood out of the boy.” After screening Jersey Boys, Clint Eastwood’s new film about the rise of the musical group, Frankie Valli and the Four Seasons, truer words were never spoken and played out in real life. The film provides an up close and personal look at the group’s rise to success and the dark clouds they performed under.

John Lloyd Young, the actor who originated the Frankie Valli role on Broadway in Jersey Boys in the debut year of 2005, also won a Tony for Best Actor. He’s very instrumental in the success of the show and its enormous popularity. During our interview on June 12, he confirmed that he’d been in over 1800 performances of the play in New York and London. 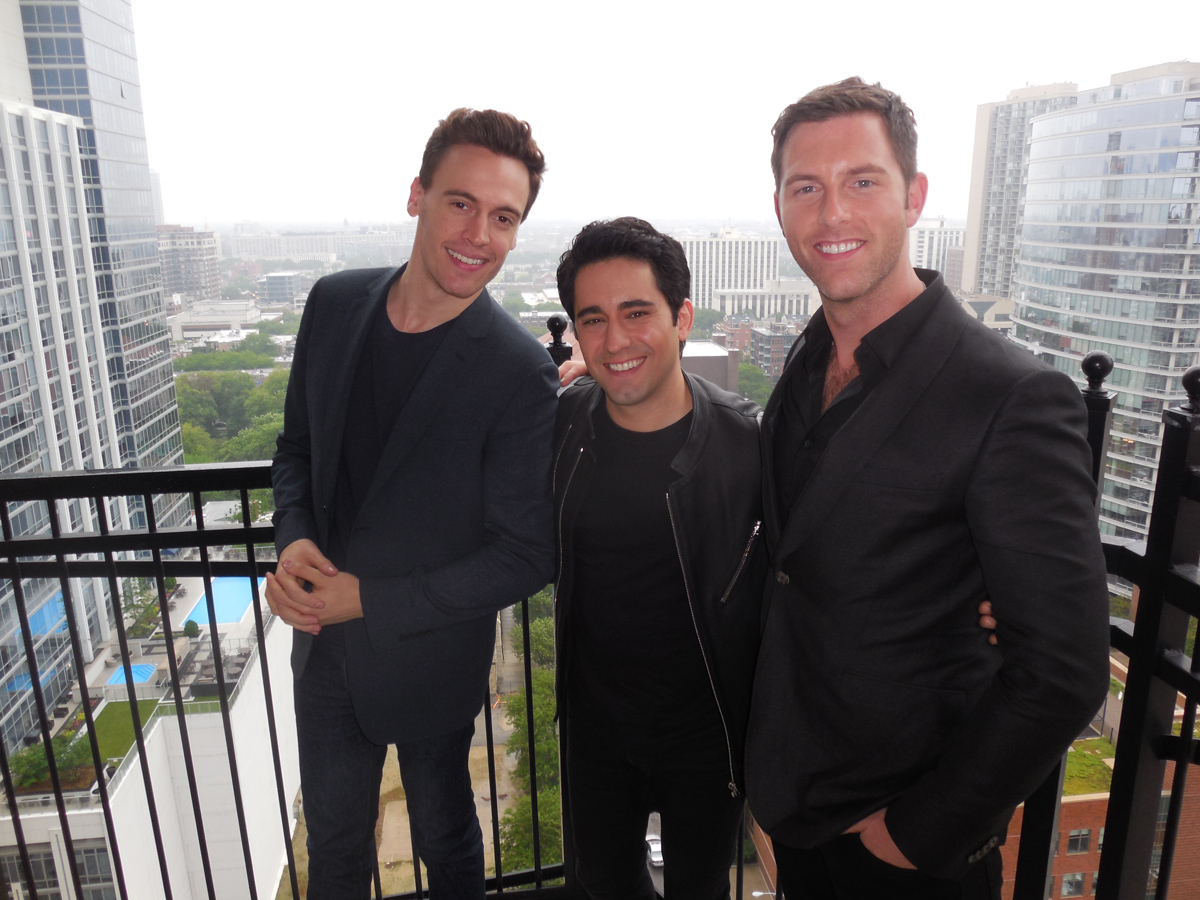 Director Clint Eastwood is known for his love of music and his composing talents and I was curious as to what Young learned from him as an Academy Award winning film director.

Young replied, “Clint says to keep it simple and to not over think anything and that usually your first idea is your best idea. It’s a really great philosophy because Clint himself says that filmmaking is not an intellectual medium. It’s an emotional medium. It’s one of those things in life that proves that you should go with your gut.”

I asked about Rob Lorenz, Clint’s collaborator, as I’d interviewed him in 2012 when he directed Eastwood in his last film, Trouble with the Curve, and if he worked on the Jersey Boys film.

Young said, “Yes, Rob is really Clint’s right hand man and is intricately involved in filmmaking as he can possibly be without actually being the director. He was a constant presence on the set. They [Clint’s crew] really keep things moving very quickly and easily. Many of the crew have been with Clint for twenty years. Some of them come out of retirement just to work on a new Clint Eastwood movie. He’s got loyalty and efficiency down to just a science.”

There’s no denying that Young is grateful for his opportunity to bring the play to the big screen as he talked about the odds of a Broadway star crossing over into the film arena.

Young reflected, “I know from the experience of loving Hollywood movies my whole life and knowing the historical impact and the rarity of a Broadway actor who’s known very well for a theater performance to be able to then make it permanent on film like Robert Preston was able to do with Music Man or Yul Brynner with The King and I, I know that it’s a very rare thing.”

He continued, “The fact that I achieved the goal of being that guy and working with Clint Eastwood too is a major dream; that’s the primary thing that I’m grateful for.”

As we all know, stage work and film work are very different and I asked Young to speak about his experience with both.

“I really love the process of meticulously pouring over every angle of the scene with yourself and your fellow actors. As in one or two scenes of a day and then moving on and meticulously pouring over every single nuance of the next scene. I think it’s a really nice way to work. I feel that you give your director raw material in a film scenario, the best raw material you can, because, in the end, he shapes your performance in the editing room, whereas on stage, once the director is done mounting the production, they leave and the actors are thereby themselves responsible for carrying the audience to the story.”

Young spoke of his enormous respect and appreciation for the man he portrays, Frankie Valli – as the singer (also his friend) was on set many days throughout the filming.

“Frankie (age 80) is a very interesting man, which is what I’m so grateful for because it’s not fun to play a boring character. He certainly is not boring in the least. What I find very interesting about Frankie is that he’s succeeded against all odds. He really is an American dream story and yet, he’s also had really, really hard knocks in his life. In getting to know him over the years and also understanding him from the character. When you’re playing someone who’s living and breathing, there’s a lot of ways that I learn about him. Not only from Frankie himself, but from what people tell me about him or from my observations back stage− like how people react to him.”

“I think the main thing about Frankie that was so easy to savor as an actor is he’s got success measured with a deep awareness of the other side of the positive of life.”

What does Young hope that audiences take away from the film rendition of Jersey Boys?

“I hope the audiences who already loved the stage production of Jersey Boys see this as their bonus version. If Jersey Boys the stage play were the outside of a mansion of someone you are really intrigued about, the movie is a tour inside the mansion. It’s goes deeper and it enhances something that you already love. People who don’t know the stage play will think it is an intriguing drama. It’s a Clint Eastwood movie. I love Clint Eastwood’s movies and just on the sheer curiosity of itself of how Clint Eastwood directs a musical themed movie, I think people are going to be just fascinated to see how he brings that off.”