Now that I’ve almost fully recovered from my 5 crazy days at San Diego Comic-Con, it’s time to recap some of the highlights.

For anyone unfamiliar with San Diego Comic-Con (SDCC), it’s an annual pop-culture-centric convention that’s now in its 50thyear. While its initial focus was actual comic books, over the decades it’s morphed and grown (and then exploded) into a must-attend event for not only pop-culture fans, but also anyone in the entertainment industry with something to promote or get fans hyped about. 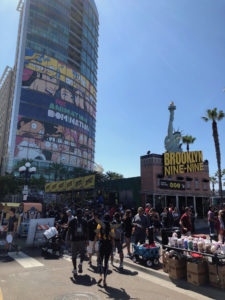 Beyond the approximately 200,000 attendees descending upon downtown San Diego — specifically the Marina district and the Gaslamp Quarter — every year, the city itself makes the most of the event, with nearly all of the buildings near the convention center decked out in gigantic ads for TV series and movies, and countless local bars, restaurants and businesses running specials to attract patrons. There’s been a lot of debate about whether or not the convention has outgrown the city, but my fellow con diehards and I agree that a huge draw of the convention for us is that it’s in San Diego, specifically. I don’t think I can imagine a more fitting city that embodies the fandom vibe.

This year, I was lucky enough to have a badge for Preview Night (Wednesday, July 17) as well as the following four full days of the convention. Here are some quick day-by-day highlights 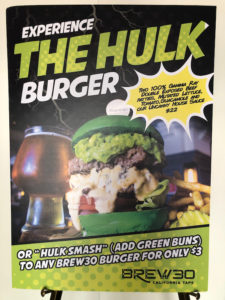 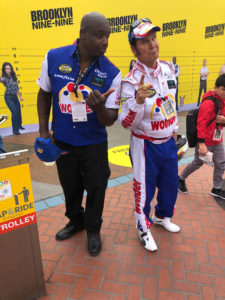 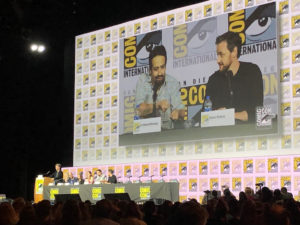 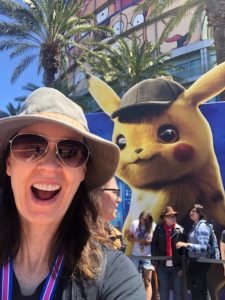 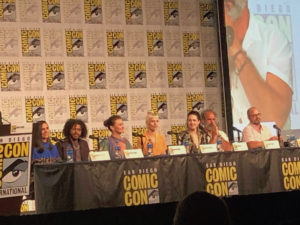 All in all, it was another whirlwind experience, and I hope I get the chance to return in the future. But if I don’t have to stand in another line again for a while, you won’t hear me complaining!