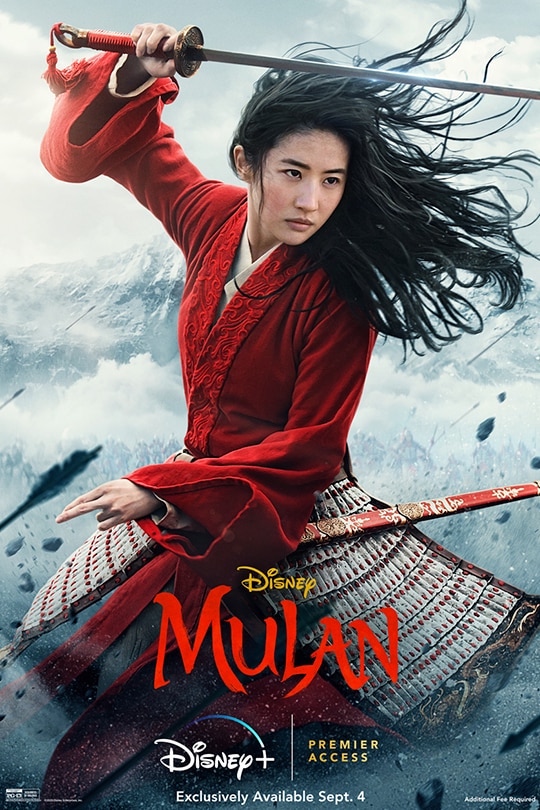 Hi, Carl, tonight I have two movies you can stream at home. Disney’s live-action movie “Mulan” and ‘Fatima” by Picturehouse.

I want to remind everyone that I’m in my 14th year as a film critic and am a voting member of the Critics’ Choice Awards.

I’m happy also to tell you that I’ve been accepted as press to cover the Toronto International Film Festival this year. Stay tuned for updates!

First up, Mulan a stunningly gorgeous film about a girl who disguises herself as a boy to fight in the Emperor’s Army. Yifei Liu stars as Mulan, a brave, devoted daughter. Tzi Ma stars as her father.

It’s the folk tale of Hua Mulan and Disney’s stunning live-action retelling of a woman who disguises herself as a man to fight for her king and country.

Unlike in the 1998 animated version, Mulan joins the army not only to spare her father but also because she has astonishing fighting moves. Mulan discovers she’ll never unleash her chi—inner energy. She realizes if she wants to lead, she must confess to her commander that she is a female. Her journey is intertwined with that of another woman with unusual abilities.
Disney’s recent remakes have fallen short in the script department, “Mulan” has the girl empowerment story and the stunning visuals.

I’m Way in four stars out of four. “Mulan” raises the bar in Disney sequels. This one is outstanding. The strong, gorgeous storyline for Mulan, the female character, sets a wonderful role model for all girls worldwide.

Check out my radio podcast on Hollywood 360 Radio Network: http://www.hollywood360radio.com/fatima-and-mulan/