Since Reservoir Dogs debuted nearly three decades ago, the release of a new Quentin Tarantino film has been a marquee event for movie fanatics, and for good reason. The acclaimed writer-director only releases a new movie every three years. These films routinely get Oscar acclaim and they always include his trademarks – great casting and performances, crackling dialogue, interesting musical choices and, of course, extremely violent scenes. Lately, his films have employed his trademark style to historical settings, but with Tarantino’s own re-imagining of events. Most notably are the settings including the fight against Nazi Germany in WWII (Inglorious Bastards) and against slavery in America’s South (Django Unchained). For his most recent film, Once Upon a Time…in Hollywood, Tarantino returns to a more familiar time and setting, 1969 Los Angeles, when Old Hollywood was giving way to the gritty era of cinema in the 70s and the Manson family murders signaled a violent turn in the hippie movement. The film, starring Leonardo DiCaprio, Brad Pitt and Margot Robbie is Tarantino’s homage to the L.A., in which he grew up. Although it has great performances, the excessive running time and uneven pace may be an obstacle for non-Tarantino diehards. Still, moviegoers who are looking for an alternative to comic book movies this summer will find no better antidote.

The story begins with an interview with actor Rick Dalton (Leonard DiCaprio, The Revenant, 2018) and his stuntman, Cliff Booth (Brad Pitt, War Machine¸2015) who are reflecting on their nine-year history of working together. Through a montage of his appearances, we see Rick’s career unfold from movie action hero to bit appearances. Later that night, Rick meets with his agent (Al Pacino, Hangman, 2017), who tries to convince him that he is being typecast as a villain and should take a job in Italy to be a hero in a new Spaghetti Western movie. On the drive back home, Rick laments to Cliff that his career is over and declares himself a “has-been.” Cliff, who is barely working as a stuntman because Rick is in such low demand, tries to cheer up his boss and talks about the opportunities that are still out there. Cliff drops Rick off at his home (Rick lost his license because of multiple DUI’s) and says he is okay being his driver and doing household chores until things pick up. Rick thanks Cliff for his friendship and walks inside to drunkenly rehearse his lines for a new role while floating around his pool. Cliff, in contrasting circumstances, drives back home in his beat-up car to a trailer behind a drive-in movie theatre that he shares with his dog. Over the course of the story, Rick struggles to deal with fading stardom and alcoholism, while Cliff must contend with a dark past and temptations from a random hippie teenager who just happens to be a follower of Charles Manson.

While Rick and Cliff struggle to stay relevant in show business and overcome personal struggles, Rick’s new neighbors, Sharon Tate (Margot Robbie, Mary Queen of Scots¸2018) and her husband, Roman Polanski, showcase the glamorous side of working in show business. Sharon has a new movie coming out with Dean Martin and her husband Roman just directed the hit, Rosemary’s Baby. The two head out in a flashy sports car to a party at the Playboy Mansion, where they dance the night away and are the talk of the town. Sharon’s life is in sharp contrast to Rick and even sharper contrast to Cliff who is on the fringes of show business. Eventually, the paths of Rick, Cliff, and Sharon converge as they navigate the changing landscape of L.A. 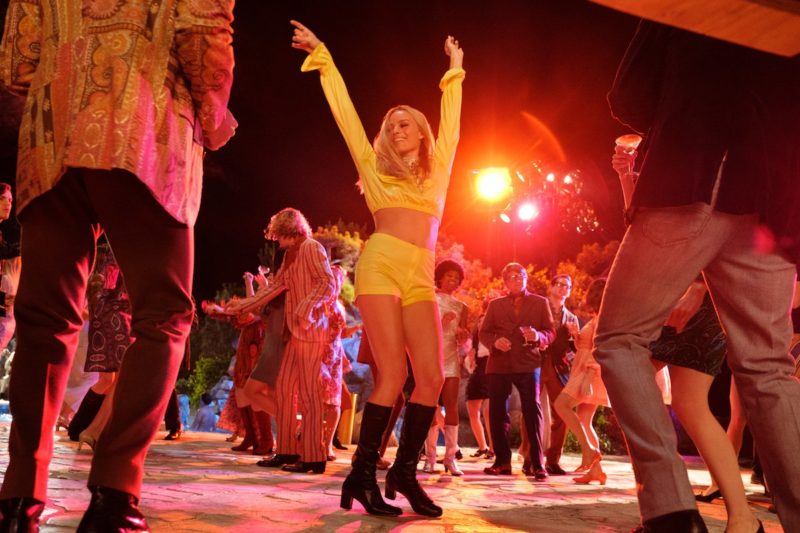 Once Upon a Time…in Hollywood is a solid film with amazing performances and great scenes that only Tarantino is capable of making. Leonardo DiCaprio and Brad Pitt are excellent in their performances and do some of their finest work in years. Although the two have never appeared in a film together, it felt as though the pair were old friends during their shared scenes. It’s hard to believe that this is DiCaprio’s first major role since winning an Oscar for The Revenant in 2015, but he once again reminds audiences why he is arguably the best actor of his generation. Brad Pitt, who is always solid in supporting roles, is a natural as a laconic stuntman with a subtle violent streak that flares up when needed. Margot Robbie was well-cast to play the beautiful and innocent, Sharon Tate, but truly got shortchanged on lines and scenes. Clearly, her story is critical to the Manson murders, but it felt like she was more of a plot device than a fully formed character, which is a shame for someone of her talents.

In addition to the acting, Tarantino does a great job of paying homage to 1960s Hollywood.  In interviews, Tarantino called this movie his “love letter” to Hollywood and even mentioned Alfonso Cuaron’s Roma (2018) as inspiration. Tarantino, a movie and pop culture fanatic, clearly enjoyed reliving this era and audiences could tell with the numerous cultural references he employs the meticulous attention to detail with the costumes, sets and soundtrack. 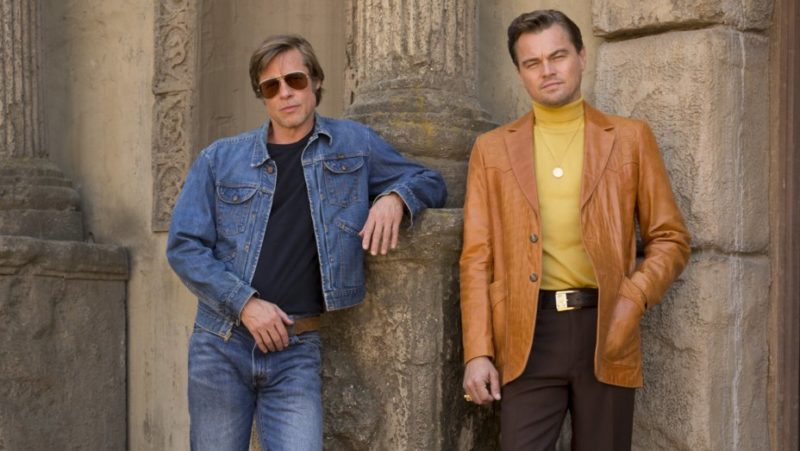 Despite the commanding performances and Tarantino’s inspired recreation of late 60s Hollywood, this film won’t go down as one of his best due to some flaws. For starters, the pace of the action is just too slow for a large portion of the movie and is weighed down by scenes that either run too long or were just superfluous. Tarantino had final director’s cut on this film, which is good in the sense that he had creative license to tell his story, but it probably would have helped the film’s flow if he had to get feedback from his producers. The nearly three-hour run time would have been trimmed down too. Another shortcoming is that the cast was arguably too loaded with stars even for the small roles. Tarantino is well-known for using actors from his other films, creating his own acting repertory, but when tiny roles are filled with big stars, it can take away from the storytelling. In this case, certain roles got more screen time than they needed, and it would have been smoother to focus on DiCaprio, Pitt, or give Margot Robbie more scenes.  There were no weak performances, but Tarantino really could have cut some of the fat from the movie. A leaner story could have resulted in a film that could have been one of his-all timers, which is truly rarified air when you think about it.

Bottom Line:  Once Upon a Time…in Hollywood boasts strong performances, great visuals, 60s nostalgia and many outstanding scenes, but also suffers from a somewhat aimless second act that takes too long to rev up.