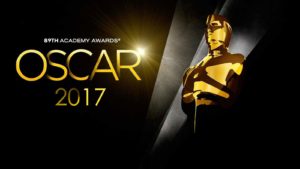 Hi again, here’s the next installment; happy reading. Wow, it’s getting exciting the last week before Oscar. Hey, do you have your tickets to the best viewing party in Chicagoland? I’ll be emceeing again this year on behalf of Variety the Children’s Charity of IL and would love to see you all come out to Woodridge, IL to Hollywood Blvd. Theater.

My favorite performance was Amy Adams as the mysterious linguist who leads the way through her bravery and intuition in communicating with aliens from another planet in Arrival; sadly she was not nominated.

I must say that I did love Natalie Portman’s ‘spot-on’ portrayal of Jackie Kennedy although the film itself focused on a very small segment of President Kennedy’s life—the worst part—his assassination. I believe by showing only this narrow piece of history we don’t see the scope of the true talents and strength of Jacqueline Kennedy. Not seeing Portman later in Jackie’s life will actually hurt her chances of winning.

Isabelle Huppert gives an incredible performance in the French film Elle. This is not an easy film to view. She portrays a single woman who’s the victim of repeated violent, sexual abuse by a neighbor. Again, the role is physically challenging, and Oscar loves those kinds of roles.

La La Land’s charm stems from its lead character played by Emma Stone who by the way sets the tone for the entire film. She sings and dances her way into our hearts while uplifting us at the same time. Visually the numerous ways in which she moves across the screen are mesmerizing. She holds our attention, and you can’t take your eyes off of her.

Naomie Harris, mainly known for her role of Eve Moneypenny the beautiful, alluring ‘Bond Girl’ in the recent James Bond films is almost unrecognizable as Chiron’s crack-addicted mother in Moonlight. Here’s the scoop on this role. Oscar loves to reward beautiful women who play down and dirty transforming roles! Case in point—Charlize Theron as a serial killer in Monster (2003) and Nicole Kidman wearing an unattractive nose prosthetic in The Hours (2002); both won Oscars.

Viola Davis’s performance in Fences seems more like a lead role than supporting; she’s onscreen throughout the entire film. Fences first appeared as a play on Broadway and Davis had the bonus of playing this same part in 2010. Her dramatic performance is deep, emotional and extremely convincing. I loved her in this role. She has the best crying skills in Hollywood! It’s just too bad this role wasn’t considered a Best Actress role as she’s already won Best Supporting Actress for Doubt in 2008, and yes she has a crying scene in Doubt as well as Fences.

Nominees: Kubo and the Two Strings, Moana, My Life as a Zucchini , The Red Turtle, Zootopia

Hands down, Zootopia has the lead in the category of Best Animated film. It took five years in the making with several script changes over the years. It’s a film for all ages, which is difficult to pull off; it deals with bullying, discrimination, following your dreams and not giving up. Disney is committed to teaching life lessons in their films and inspiring children to pursue their passions while making their own trail in life. As a former educator, I appreciate these themes in their children’s films, but more importantly their attention to such a high standard of quality.