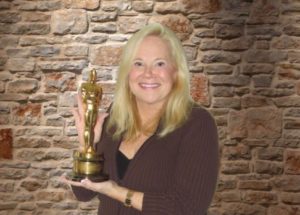 Damien Chazelle (La La Land) has an excellent chance of winning as he directed J.K. Simmons’s Oscar-winning role in Whiplash last year for Best Supporting Actor. Whiplash also won Best Editing, which is huge in terms of the over-all quality of a film. To follow-up with La La Land a blockbuster musical set in Hollywood is no small feat.
Regarding best directing, Kenneth Lonergan’s (Manchester by the Sea) characters were spot-on. He has a long, impressive history as an award- winning writer and an exceptional director. The mixing of dark themes with wry humor is not easy, and in Manchester, he’s hit a homerun with all three performances by Casey Affleck, Lucas Hedges, and Michelle Phillips. In this case, I feel strongly that he is the best director, but will probably lose to La La Land.

Writer-director Kenneth Lonergan (You Can Count on Me, 2000) and (Margaret 2011) is no stranger to crafting stories that are chock full of everyday dialog that succeeds in magnifying human nature while finding humor in the smallest of nuances. Those in the film business know that Margaret was held up for five years in court costs and lawyers fees due to differences between the studio and Lonergan’s final cut length. He was in serious financial debt when John Krasinski and Matt Damon, (producer of Manchester By the Sea), went to him with the original idea for Manchester by the Sea, and asked him to write the screenplay. This outstanding script took him three years to write.

*BEST CINEMATOGRAPHY—La La Land, Arrival could be the upset.

Arrival is a terrific science fiction thriller that has challenging themes in terms of overall filming. Aliens, spaceships and outer space are always difficult to ‘get-right.’ Arrival has met and surpassed those filming difficulties. Its look is hauntingly beautiful, mysterious, dreamy, terrifying and most importantly believable.

La La Land’s filming needed to create a tribute to old Hollywood musicals yet have a modern look. This was accomplished by having a camera that is repeatedly moving, almost swirling, as it attempts to also mirror the characters inner conflicted psyche. The over-all look of this film is stunningly gorgeous.
My prediction is that La La Land will win.

*BEST COSTUME DESIGN – Fantastic Beasts and Where to Find Them, Jackie could be the upset

BEST PRODUCTION DESIGN- Fantastic Beasts and Where to Find Them, La La Land could win

Best Costume Design and Best Production Design are two Oscar categories where earning a nomination for both is typically critical to a film’s chances of winning either. The degree of difficulty is very important in production design and costuming. Historical films, fantasy and or science fiction films usually have a greater chance of winning.

My favorite costume design this year was for the film Jackie. I love that Chanel look! The textures of the fabric were even a stand out.

I did love La La Land’s costuming and production design. Emma Stone’s bright yellow dress, set against a midnight blue sky is stunning. Not to mention that is my personal favorite color combination.

To me though, Fantastic Beasts and Where to Find Them is the more difficult film to dress as everything depends on the creativity of the production design and the costuming in terms of visually conveying a fantasy story. The images are the key components here. I’m rooting for this film to win both.