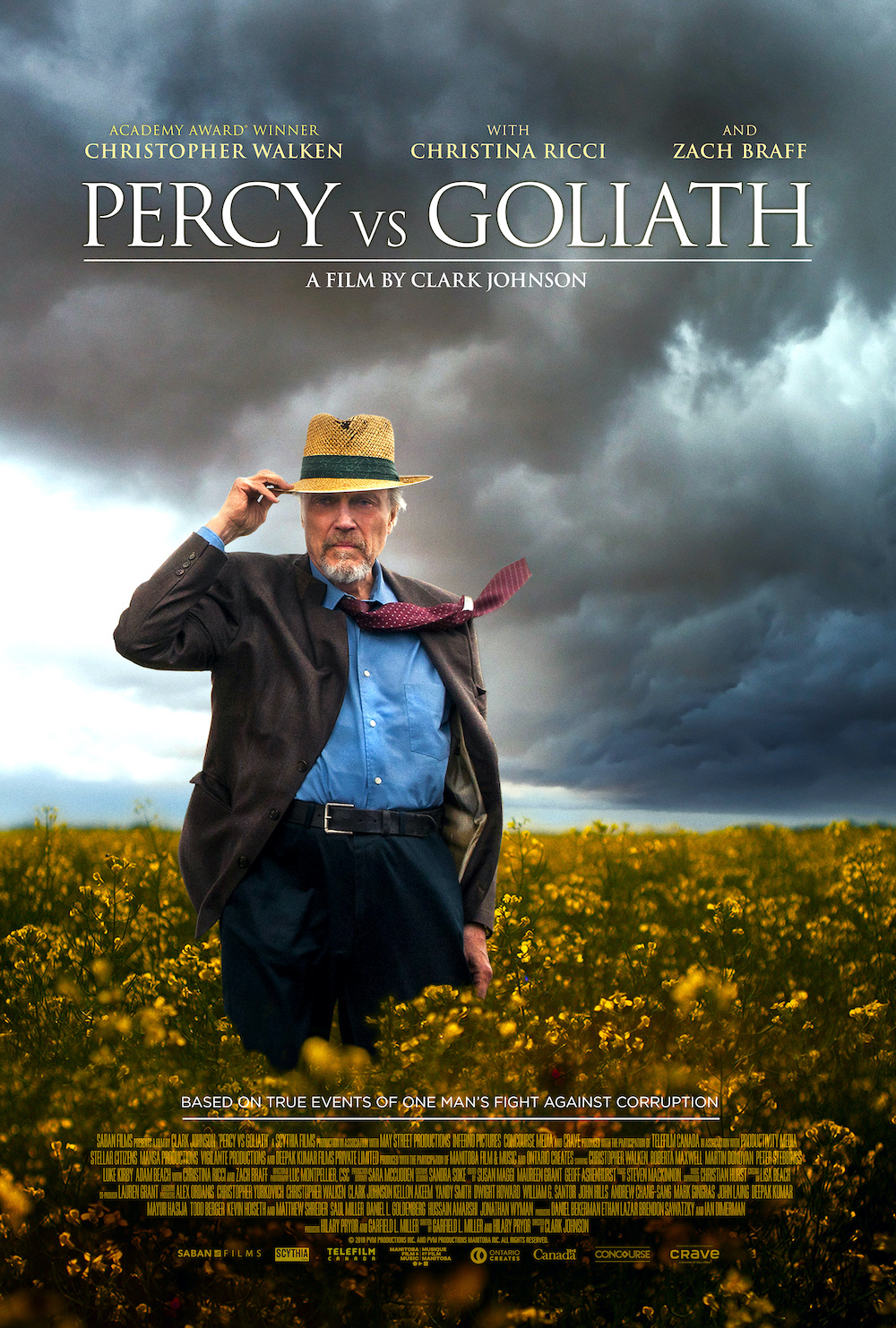 In the film “Percy vs Goliath,” Christopher Walken and Christina Ricci star in the true story of a Canadian farmer in 1997, who is sued for allegedly using patented seeds to grow his crops.

Clip: We heard your story; you are fighting; you bring us hope. $1.2 Million; that’s how much you owe. We are going to lose the farm.

Christopher Walken delivers an excellent performance as Percy Schmeiser, the real-life Saskatchewan canola farmer who was sued in 1998 for using patented Monsanto seeds without a license. The seeds were genetically modified to be Round-Up resistant—the resulting plants would survive spraying with the Monsanto weed killer, while non-Monsanto seeds would not.

Most small farmers, then or now, don’t have the means to wage a legal battle with a major corporation like Monsanto. The underdog story is about a controversy that still resonates with folks. Zach Braff plays attorney Jackson Weaver, who takes on Percy’s case though he thinks it’s a losing battle.

Clark Johnson directs as we learn about Schmeiser’s multi-generational farm and the fact they had always used its own seeds, propagating the healthiest plants every year. Monsanto applied pressure, but he ignored it—a pleasant discovery was finding out about the support from farmers from around the world who the company had already ruined. It’s not a spoiler to say he won, and he’s one of the folks Monsanto ended up paying millions in restitution. Finally, a celebration for the little guy. It also stars Roberta Maxwell, Adam Beach, Martin Donovan, Peter Stebbings, and Luke Kirby.

I’m way in, Four Stars out of Four. This is an inspirational story with a Great ending! It’s streaming now on Amazon Prime and Google Play.
Thanks for listening in tonight, this is Sarah Knight Adamson for Sarah’s Backstage Pass.