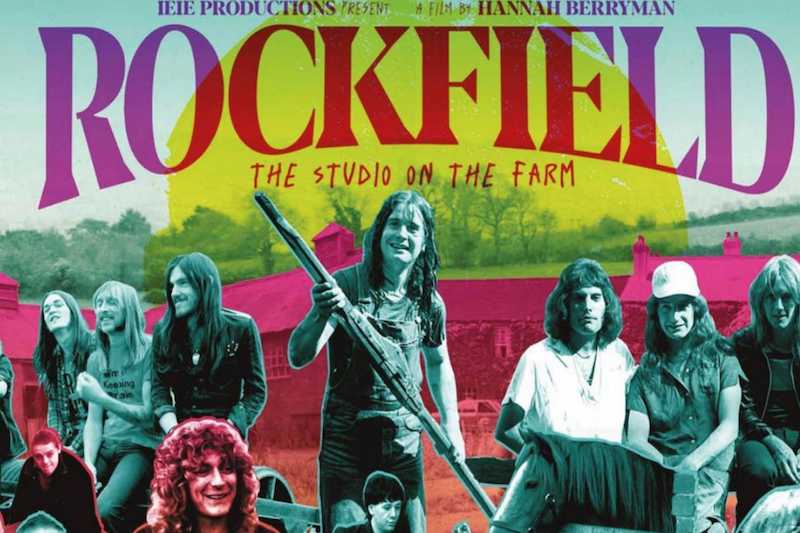 Hi Carl and hello everyone out there! Tonight, I’m going to talk about the documentary film “Rockfield: The Studio on the Farm” rated R.

In 1963 two brothers living in the countryside of Wales, Kingsley and Charles Ward, set out to convert their parents’ farmhouse into a recording studio, and the rest is history. Ozzie Osbourne, Queen, Oasis, and Coldplay are a few of the bands featured in the film.

Clip: Rockfield became one of the best residential recording studios.
The director by Hannah Berryman

Clip: It’s about being something bigger than yourself.

The Bottomline: I’m in three stars out of four. Here’s what’s great, you’ll see the owners still working the farm and talking on camera about the bands that recorded at the farm, along with all the shenanigans.
One band Stone Roses, liked the place so much they stayed for 14 months. I especially enjoyed hearing Chris Martin talk about the writing of Coldplay’s hit song “Yellow.”

Thanks for listening in tonight; this is Sarah Knight Adamson for Sarah’s Backstage Pass. com. Be sure to check out my interview with filmmaker Gia Coppola for her movie “Mainstream,” it’s a cautionary tale centering on social media.
See you next week.

Check out the Hollywood 360 Podcast: http://bit.ly/StudioOnTheFarmH360