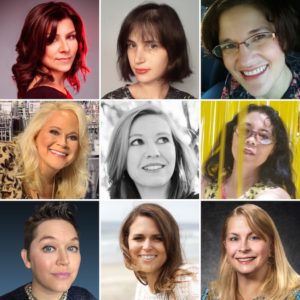 I was truly honored to be part of Roger.Ebert.com’s Women Writers Week, March 9-March 13, 2020. My article highlighted a new Film Festival helmed my Women — Film Fest 919.

What do remarkably accomplished women in the film and entertainment industry pursue to further their aspirations of promoting the arts? For Randi Emerman (Vice President of Marketing of Silver Spot Cinemas and former CEO of the Palm Beach International Film Festival), Carol Marshall (CEO and publicist of Carol Marshall Public Relations, Inc. and former overseer of talent and publicity for both the Santa Barbara and Palm Beach International Film Festivals), and Claudia Puig (a nationally recognized film journalist and president of the Los Angeles Film Critics Assn.) the answer was simple—take on the challenge of creating a new film festival.

Film Fest 919, named for the North Carolina Triangle, and located in Chapel Hill, began with Emerman and Marshall. Shortly after inception, they brought on Claudia Puig as Programming Director. The trio’s vision—to create a film festival that focuses on films that would be talked about and be recognized during awards season. In addition, Film Fest 919 would become part of the filmmakers’ journey while also giving the community an opportunity to see these films early, talk about them, and help support their awards platforms.

Speaking directly to each of the founders, filmmakers, and talent who were invited to participate enabled a professional yet relaxed atmosphere that allowed for repeat conversations throughout the five-days. Catching a casual one-to-one or group breakfast, lunch, dinner, or cocktails with filmmakers, talent, staff, and volunteers aided in congregating information from varied perspectives.

To read the entire article please click on the link: https://www.rogerebert.com/chazs-blog/women-hold-key-positions-in-chapel-hills-film-fest-919

My Bio on RogerEbert.com:

As a former teacher, Sarah’s taught a film criticism class in Chicago at Facets Cinémathèque for children and has served two years on the Chicago International Children’s Film Festival jury; and has served on other Film Festival juries in California and Tenn. Community interests include serving as a Chicago Public Library film panel participant, serving on the Executive Board for Variety Children’s Charity of Illinois, and conducting monthly film Q&As at local cinemas.