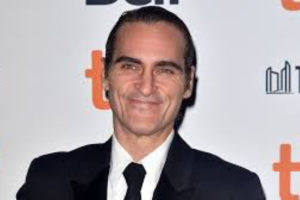 With a wide-ranging career spanning over 35 years, Phoenix has starred in such films as​ The Master​, ​Inherent Vice​,​ Walk the Line​, ​Gladiator,​ ​To Die For,​ and ​Her. ​He has been nominated for three Academy Awards for his roles as Commodus​ ​in ​Gladiator​, Freddie Quell in ​The Master​ and Johnny Cash in​ Walk the Line,​ for which he won a Golden Globe.​​ This fall, Phoenix portrays the title character in Todd Phillips’ ​Joker,​ ​a standalone origin story t​ hat will have its North American Premiere at TIFF.

“Displaying both raw instinct and consummate technical skill, Joaquin Phoenix is the complete actor, and one of the finest in contemporary cinema,” said Bailey. “Over three decades, he has brought a piercing truth to each groundbreaking role. TIFF is thrilled to be celebrating an artist of his calibre with this inaugural award. We can’t wait for Festival audiences to experience his electric turn in ​Joker.​ ” 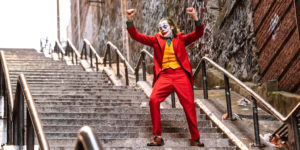 “We’re thrilled that the extraordinarily talented Joaquin Phoenix will be honoured at the TIFF Tribute Gala this September,” said Vicente. “His outstanding contribution to cinema acts as a testament to TIFF’s core mission to transform the way people see the world through film.”

Director Todd Phillips’ J​oker​ centres on the iconic arch-nemesis and is an original, fictional story not seen before on the big screen. Phillips’ exploration of Arthur Fleck, who is indelibly portrayed by Phoenix, is of a man struggling to find his way in Gotham’s fractured society. 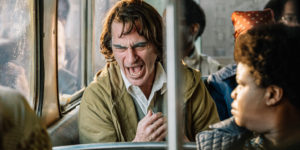 TIFF previously announced that M​ eryl Streep​ will receive the other ​TIFF Tribute Actor Award​, sponsored by RBC. ​Taika Waititi w​ ill receive the ​TIFF Ebert Director Award,​ and ​Participant Media ​will receive the​ TIFF Impact Award,​ accepted by Founder and Chairman Jeff Skoll and CEO David Linde. In addition, there will be a special tribute to multi-hyphenate musician David Foster. The​ Mary Pickford Award, ​presented by MGM and honouring a female emerging talent in the industry in celebration of United Artists’ 100th anniversary, will be given to a recipient to be announced shortly.