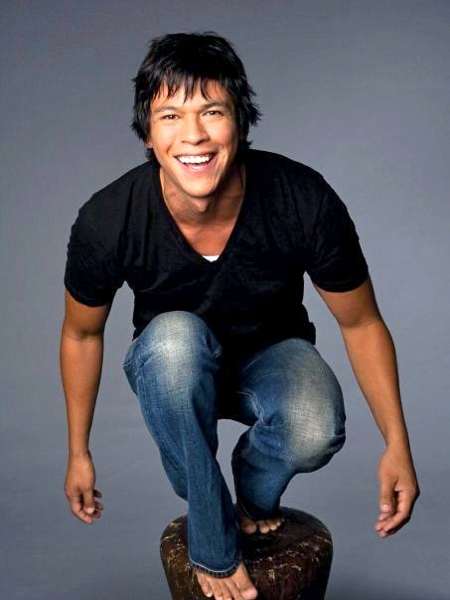 We chatted via phone on March 1, 2013. Spencer was in Chicago promoting the release of Breaking Dawn Part 2 in DVD format. He was both friendly, and personable. He talked about his special bonds with the wolf pack members, crazy fan requests and his new film projects. Here’s some of our conversation:

Sarah Knight Adamson: As the werewolf pack leader or alpha male, what special qualities do you have that the other wolves don’t have?

Sam Chaske: That’s a little hard to answer as I don’t really see my character with special qualities, although I am older than the other guys so I guess that helps out.

SKA: How are you and Jacob different in the wolf pack?

SC: According to the books, Jacob is the bloodline and the rightful leader, but he didn’t want it, so Sam took on that job. In “Breaking Dawn Part 1” he takes it back because of the circumstances with Edward and Bella.

SKA: Could you explain imprinting? In particular, do you have a choice of who you imprint upon?

CS: No, you have no choice and it’s forever.

SKA: What is your favorite part about working in all of these movies?

CS: The travel is great. I love Vancouver. England, Spain and Germany were some of the countries we visited during the press tour. There is lots of enthusiasm overseas for the movies.

SKA: Your role looks very physically demanding as well. Would you say that’s the most challenging part about your role?

CS: Yes, the physical stuff, getting into shape. Between films I had a trainer, Jeff Mountflurry. My diet included lots of protein and eating carbs later in the day. When you’re with a franchise this large your personal life sometimes becomes impacted as well, which can be challenging.

SKA: What kinds of crazy questions do your fans ask you?

SKA: Do you have any projects coming up that you’d like to discuss?
I have a movie called “Winter of the Blood” I play an alcoholic going through a breakdown. Also, in “Dessert Cathedral” I play a private detective.

SKA: Who are some actors that you admire?

CS: There are so many I love to watch I learn so much from so many. I enjoy watching, Sean Penn films, Indiana Jones movies, Denzel Washington and Val Kilmer.

SKA: What goals have you set for yourself in terms of having a long career in acting?

CS: I find projects that challenge me and I have to believe in the story and the script. I guess I’d also say that I like to have fun, so for me it’s also about having fun.

SKA: Well, I want to thank you so much for chatting with me and best of luck in the future!