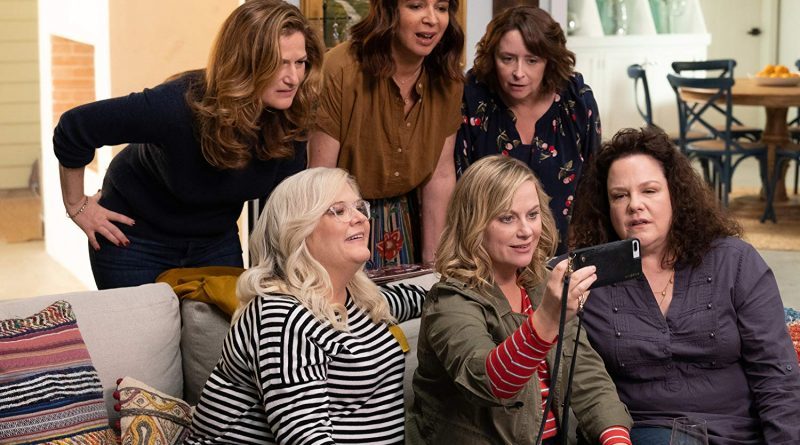 Inspired by real vacations, Amy Poehler makes her directional debut with Netflix’s Wine Country. The comedy kicks off with a conference call featuring six women discussing a future reunion trip. Abby (Amy Poehler, Household Name, 2017) is organizing the trip on behalf of her friend Rebecca (Rachel Dratch, Little, 2019), a psychiatrist who is about to turn 50. Others on the line are Catherine (Anna Gasteyer, Adam, 2019), a famous restauranteur, Naomi (Maya Rudolph, The Lego Movie 2: The Second Part, 2019) a stressed out mom, the always cheerful Val (Paula Pell, Big Mouth, 2017-2019) who just got herself a pair of new knees, and finally, the very anxious Jenny, (Emily Spivey, Nobodies, 2018, who co-wrote the screenplay). After some strong cajoling from Abby, the group decide on Napa Valley, California.

Sometime later, the six women arrive at an ‘Instagramable’ Airbnb in Napa (although is there anything in Napa that isn’t picturesque?). They quickly start reminiscing about how long it has been since they were all together and how they first met – working at a pizza parlor in Chicago as young women. Their trip down memory lane is interrupted by the rough-around-the-edges Tammy, the property owner (Tina Fey, Great News, 2017-2018), who gives them a tour of the property while peppering in sarcastic advice on how to survive the weekend. Although the women shrug off Tammy’s notion that there could be future drama, it does emerge that the women, despite their long friendship, may not be as close as they once were after just their first night of heavy drinking. 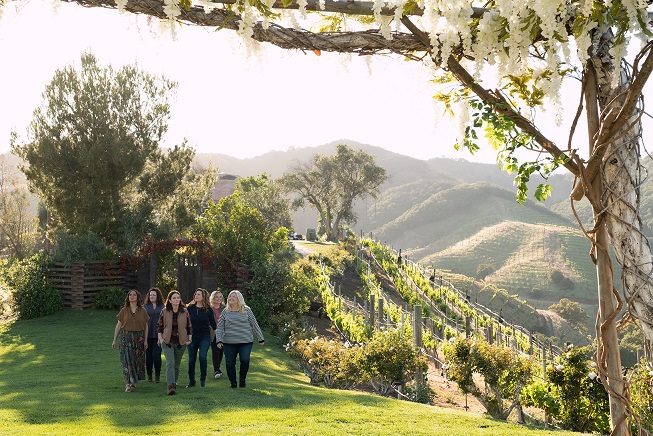 Although the main cast is comprised of former SNL actresses and writers who are incredibly talented and witty, there are quite a few scenes that just don’t work. If you are expecting a movie like Bridesmaids (2011), you will be let down. The much closer comparison would be Adam Sandler’s Grown-Ups films, which were essentially movies about a group of friends played by comedians, who goof around together on a vacation with a fairly weak plot. While Wine Country is more thought-out than Grown-Ups, it does struggle with some of the same issues. The largest problem is that the cast features six women who each receive relatively equal screen time, which makes it hard to truly to get know the characters in under two hours. The best example is Jenny, played by the film’s screenwriter, who we know next to nothing about by the end of the film. There are also several instances where childish humor is inserted into scenes, making for an almost awkward viewing experience. One example is when Val gets excited about her new knees and after a couple glasses of vino, decides to beeline it (at an abnormally fast pace) down the small town’s sidewalk while leaping over any obstacle in her way and eventually does a summersault flip over a sign. Let’s just say, this is not the type of dramedy where stunt doubles should be needed. 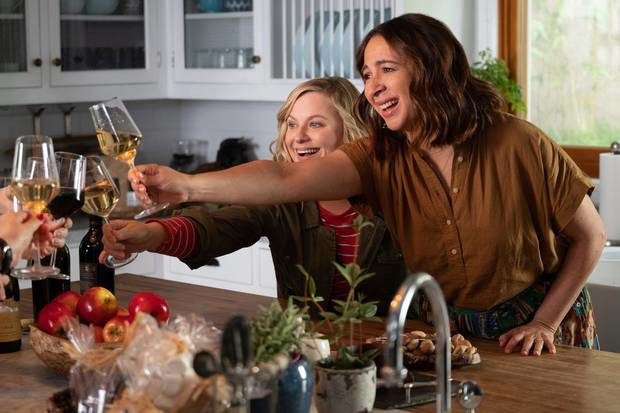 As the film continues, we learn that each woman is struggling with some personal challenges and some harbor issues with each other. At one point, the group heads to a fortune teller, while nursing hangovers and their personal anxieties are magnified as the fortune teller mentions topics that hit close to home. Audiences can finally empathize with the characters at this point, but it is almost too late.

Poehler plays the type-A, super planner well, which is similar to her character on her former TV show, Parks and Recreation. Fey’s screen time was minimal and her darker, somewhat depressed character just didn’t feel right. Perhaps this is because we know what she’s capable of in a comedy setting. Dratch was another notable appearance simply because audiences haven’t seen her in a while.

A film focused on middle-aged women (who are also comedians), set in picturesque wine county can go so many different ways, unfortunately this one went sideways.

Bottom Line: Wine Country is a good dramedy if you are looking for a mindless flick with a couple of laughs. If you are anticipating a Bridesmaids caliber-comedy, lower your expectations.